Stirling Engines explore the the labour of hobbyists. The Stirling engine, conceived in 1816, is powered by a temperature differential. Although very efficient, Stirling engines were never able to compete with the power of steam and internal combustion engines in industry. Building Stirling engines has now become the domain of hobbyists. 1000s of people all around the world, build these engines for pleasure. These engines, more often then not, do not power anything, they simply work for the beauty of working. Annie Carpenter has attempted to design and build her own beta type Stirling engines, encountering the failure, frustration, and satisfaction of this type of labour. By making these engines and placing them in a gallery, Carpenter is highlighting the similarities in the labour of the artist and hobbyist, and the beauty of making something for no other reason than to work. Photos courtesy of John Lynch. 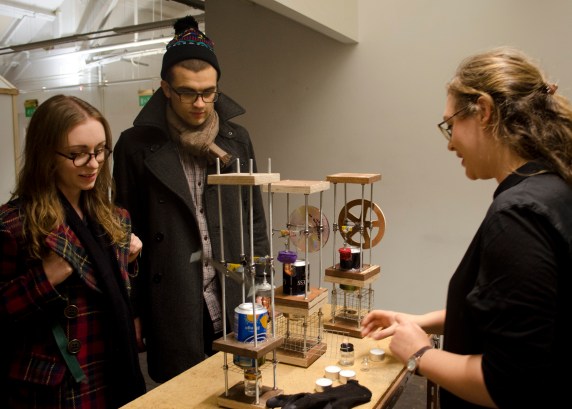 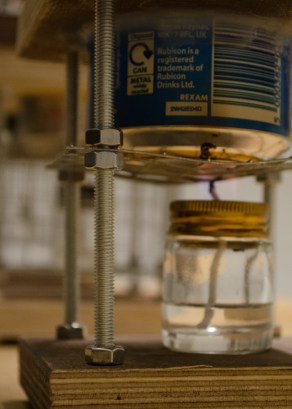 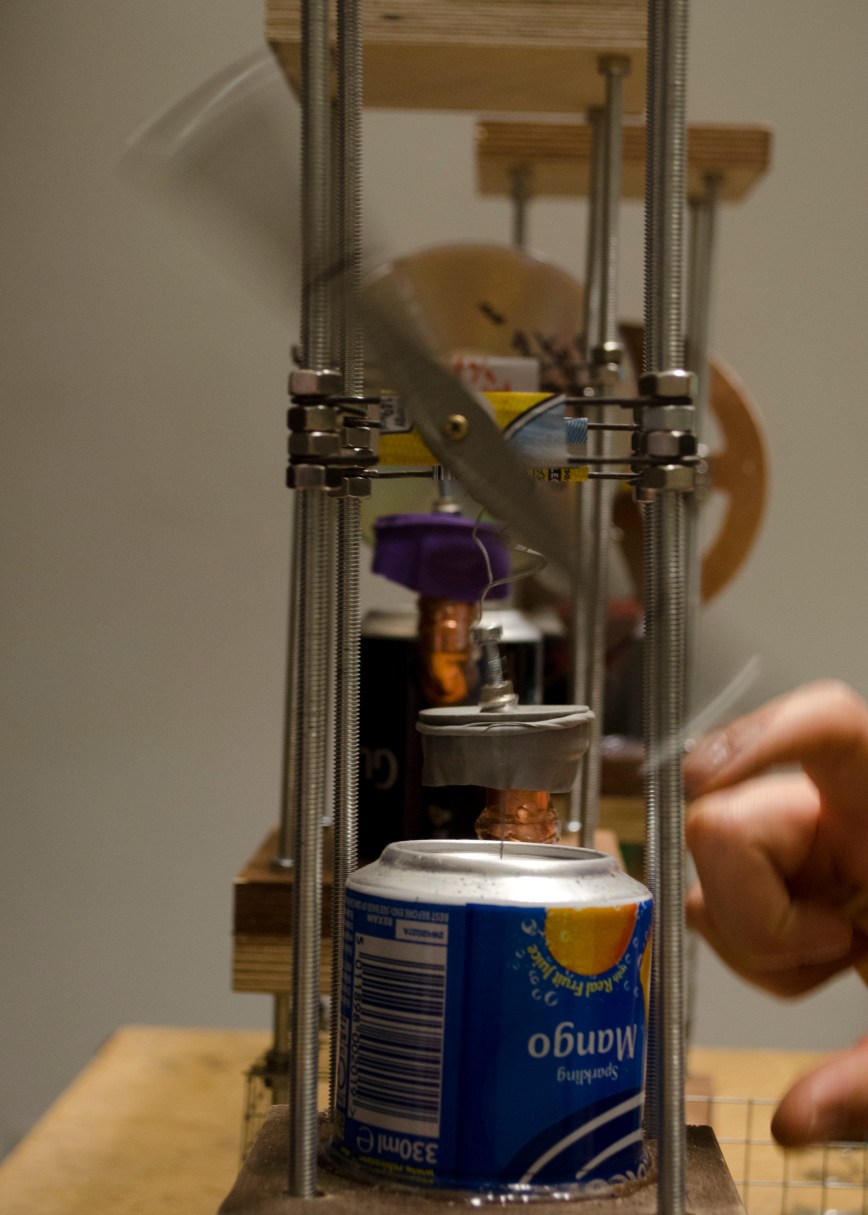